Contract Law deals with the law of agreements between parties. A contract may be oral or written. A written contract, however, is obviously much easier to prove in court if the need arises. Contract Law does not just deal with the drafting of contracts, but also with the interpretation thereof in the event that the parties have a dispute regarding anything contained in such contract, the deliberation of such dispute.

It is critically important to pay the necessary attention to the drafting of a solid contract regulating the terms of parties’ agreement. A contract is a valid and binding agreement between parties, which if reduced to writing it is a powerful tool to enforce the rights and responsibilities of both parties. It is therefore extremely important that both parties’ desires and wishes are expressed in the contract.

A good contract should be concise, easy to understand and deal with all the essential issues that the parties wish to establish in their dealings. Typically, if the agreement is formalized on contract, enforcement thereof for possible breach would be expedited as the issues in dispute may already be regulated by the contract. The contract will also ensure that litigation on the contract is more predictable as the rights of the parties are canvassed in writing.

What is important for any person signing a contract, is that the person understands exactly what he or she is signing. Our South African law supports the stance that the person signing the contract read and understood the contents thereof. Therefore, it is critically important that before signing any contract, the contents thereof were read and are understood fully. If you do not understand what you are signing, it would be worthwhile obtaining advice on the contents and ensuring that your rights are adequately protected and that the contract you wish to sign is not unilaterally favourable.

Litigation based on Contracts

It occurs from time to time that parties dispute something which was agreed upon in a contract. Most of the time the reason that parties wish for deliberation by Court is if a party has breached the agreement in some way or form.

If this happens one, or both, of the parties, may approach a Court to adjudicate on the matter and make an order that will be binding on them. Contracts are usually litigated on as a result of a breach, which breach is in 90% of cases non-payment by either party. Litigating on a written agreement will always be swifter and the result is less evidence being necessary. The outcome of such litigation will also be more predictable, as the contract will likely regulate the issue that is litigated on.

In certain circumstances, parties may even choose to refer the matter to arbitration in such of a disagreement in an attempt to case to save costs. The Court or arbitrator will then consider the agreement and make a ruling that will be binding on both parties.

Our offices are equipped to assist you with the drafting, negotiation or interpretation of contracts should you require such assistance. Should you need to issue summons or defend legal action based on a contract, we shall also be happy to assist you.

See here some handy hints on contracts you may find interesting!

16 IMPORTANT CLAUSES THAT YOUR AGREEMENT SHOULD CONTAIN

THE PRINCIPAL OF CAVEAT EMPTOR- RED LIGHTS TO LOOK OUT FOR IN CONTRACTS! 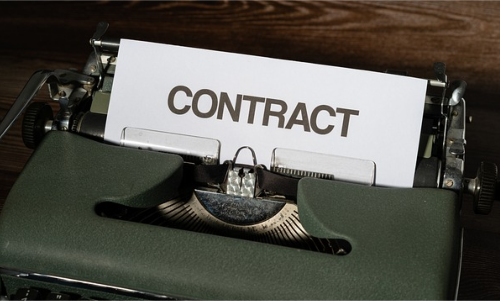