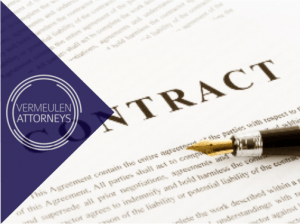 Francois has had it with his cellphone service provider. He feels unappreciated as a client and advises that the service is just shocking. He approached the provider and advised then that he wanted to cancel the agreement but was advised that the said agreement is in fact a 24-month fixed agreement and that he could cancel it only after the expiry of the term. Francois is livid and has decided to approach an attorney for thorough advice on what his rights are and if he can proceed to cancel the agreement.

A fixed-term agreement is an agreement to which the term is expressly agreed upon. This means that agreements that renew on a month-by-month basis do not apply, but that Francois’ cellphone contract that has an agreed duration of 24 months- is a fixed-term agreement.
The regulations to the Consumer Protection Act, 68 of 2008 (the CPA), sets the maximum period for a fixed-term agreement at 24 months from the date of signature by the consumer. The act stipulates that a longer period may be expressly agreed upon, but that the supplier must in such cases be able to demonstrate that there is a financial benefit to the consumer.

The consumer protection act on cancellation

Francois is thus able to cancel the agreement with his cellphone company, giving the company 20 business days’ notice of such intended cancellation.
Subsection 3(a) however is applicable to such cancellation and provides that the consumer will remain liable for any amounts that are due to the supplier at the time of cancellation and that the supplier may levy a cancellation penalty that is reasonable.
This means that if Francois cancels his cellphone contract on 5 February for example, he would be liable for payment for the month of February, as well as a reasonable penalty for cancellation. The term “reasonable penalty” is however open for interpretation and many industries have taken to the ombuds or the like to advise on what would be an acceptable penalty for cancellation of a fixed-term agreement.

Regulation 5 provides that a reasonable charge should be calculated taking certain factors into account, these factors are:

There is thus no exact amount stipulated that constitutes a reasonable penalty, and such penalty will have to be decided or disputed on a case-by-case basis.

The Consumer Goods and Services Ombud, has published an advisory note, being note 12, regarding the cancellation of agreements which gives good insight as to how a cancellation penalty must ideally be calculated. Pages 26 to 31 specifically deal with cell phone contracts and reading this portion especially may be insightful to Francois’ situation.

Are all fixed-term contracts capable of cancellation?

The Consumer Protection Act provides for a myriad of consumer relief measures, and should you be faced with any such issue, it is best to discuss your legal recourse with an attorney who has a full knowledge and understanding of the working of the act. Please contact our offices for advice in this regard, or have a look at the various articles on our blog regarding the CPA which may be of assistance or interest to you.