Do I Have A Right To Death Benefits I Was Nominated For And When Does It Vest? 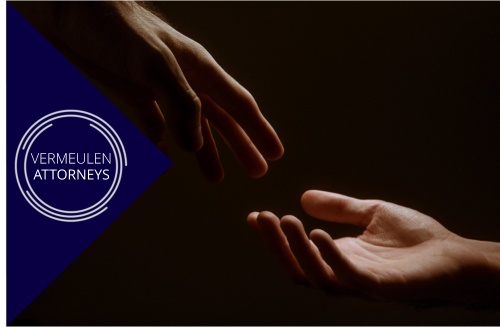 Right to death benefits: Lara has approached us with a predicament. Her husband Ben has died and there is a death benefit policy by ABC Insurance to which he was subscribed. The nominated beneficiary of the death benefits was Ben’s father. This matter is complicated because Ben’s father had actually passed away some two years before Ben had passed away. The estate of Ben’s father was at the time of Ben’s death not wrapped up and now the executor for the estate of Ben’s father has laid claim to the death benefits to be paid into the estate. Lara feels that the benefits should accrue to her, she was his wife after all? Does the fact that she was for the most part financially dependent on Ben and was his wife not mean that his assets should automatically be hers?

Firstly it is important to establish what a life policy is, in legal terms, in order to understand its workings. In the unreported matter of Pieterse vs Shrosbree & 2 Others, Case No 196/2003 and Shrosbree vs Love & 2 Others, Case No 435/2003, which matters were considered simultaneously by the Supreme Court of Appeal, it was held that a contract of life insurance comes into existence when a person (‘the proposer’) proposes for the insurance which is accepted by the insurer. The person on whose death the insurance is payable is the insured life. The person that is entitled to enforce the benefits payable under the policy is the owner. A proposer may effect the insurance either in his own favour or in favour of someone else. If the proposer effects the insurance in favour of someone else, the contract of insurance is a contract for the benefit of a third party and may be accepted by such third party who thereupon becomes the owner. Policies commonly entitle the owner to nominate a beneficiary on condition that the nomination will confer no rights on the nominated beneficiary during the owner’s lifetime.

What is required is an intention on the part of the original contracting parties that the benefit, upon acceptance by the beneficiary, would confer rights that are enforceable at the instance of the beneficiary against the insurer, for that intention is at the ‘very heart of the stipulatio alteri

From the above, it is clear that the intention of the beneficiary in accepting the death benefits are of tantamount importance, and that this acceptance of benefits establishes the agreement between the beneficiary and insurer.

So, what would happen to the death benefits in our case study, where the beneficiary has predeceased the policy holder?

In the matter of PPS Insurance Company v Mkhabela  [2011] ZASCA 191 the Supreme Court of Appeal considers a matter with similar facts, wherein the beneficiary of death benefits predeceased the policy holder.

Until the death of the policy owner, the nominated beneficiary only has an ‘expectation’ of claiming the benefit of the policy and no vested right to such benefit.

Therefore, in our case study, the estate of Ben’s father would not receive any benefits in terms of the policy. The proceeds of the policy, failing any valid beneficiaries being in existence, would then be paid to the estate and will be distributed to beneficiaries of the deceased’s estate  see: https://www.gepf.gov.za/death-benefits/

This also means that Lara has no automatic right to the benefits, unless she is a beneficiary of Ben’s estate, in which case she will receive such benefit as per the remaining assets of distribution of same in the estate.

In certain instances, it may be necessary to involve an attorney in litigation in respect of any given asset in an estate, especially where a dispute arises such as the above. Our offices may be of assistance in such instances.

It is of utmost importance to obtain the correct legal advice, at the instance of a dispute arising in order to ensure that your rights are adequately protected.