What does impeachment of the President mean? 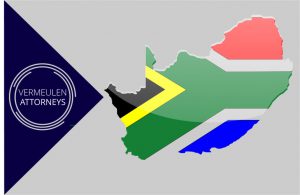 What does impeachment of the President mean?

The Constitution has created the separation of powers, which divides such powers into three categories, namely the judiciary, the legislature, and the executive. The reason for the separation of powers is to prevent an overlapping of powers between the said three categories. It is therefore safe to say that the courts, and the parliament, cannot overlap and shift too much into each other’s functions. Therefore, the Constitutional Court has the discretion to for example, declare any rule of law invalid, without having to worry about the parliament interfering with such judgment.

The big question is, what if a President of South Africa is not acting within the scope and powers presented to him, what can happen to the President?

Section 89 of the Constitution specifically deals with the removal of the President (this will mean his impeachment) from his position as President.

Section 89 of the Constitution, specifically states that two thirds of the National Assembly must adopt a resolution to remove the President from office and that it must have the necessary grounds to do so, this section specifies what these grounds are, namely:

What are the consequences of being impeached?

Should a President be removed in terms of Section 89, it would mean that the President may not receive any benefits of that office and may not serve in any public office.

In the matter of the ECONOMIC FREEDOM FIGHTERS AND OTHERS v SPEAKER OF THE NATIONAL ASSEMBLY AND ANOTHER the court held that, upon complaints by some of the political parties represented in the National Assembly, that the National Assembly had failed to fulfil some of its constitutional obligations. The court found that the Parliament did not have the sufficient mechanisms to hold the President to account. The court further stated that it would be impossible to impeach the President without rules defining the entire process and for this reason such defining rules have been implemented.

Therefore, it is possible to impeach the President, however, there is a quorum and certain guidelines that must be met.