Is the Justice system broken? 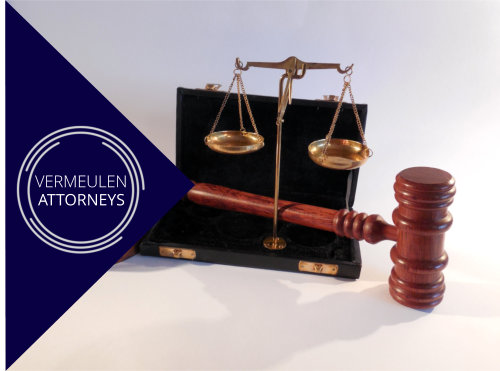 Is the Justice system broken?

When one reads the news in South Africa today, it is very difficult to say that our justice system is not broken, and badly so. In January of 2021, news broke of a father of a new-born baby that was arrested for breaking curfew regulations when he went out of his residence during curfew to purchase milk formula for his baby. Even though he proffered an explanation as to what he was doing outside during the curfew hours, he was arrested and detained for several hours. (Centurion dad arrested for breaking curfew to buy infant formula (iol.co.za)). If this does not point to a broken justice system, what does?

For the purposes of this article, we shall focus on the civil justice system specifically, because our firm offers its services to the public in respect of civil disputes.

A civil dispute refers to any matter of a legal nature that does not involve the committing of a crime. This may be a dispute by a neighbour for encroachment onto his property, litigation for the collection of monies due to you, a claim for damages caused to your person or assets or a request for the Court to provide clarity on the working of agreements. A civil matter is any matter that arises between two entities and does not involve the prosecution of a person due to a criminal offence.

The courts make provision for this separation of matters into civil and criminal categories. Each court building has separate areas for each of these sections and the matters are heard in such separate venues. This means that if you decide to sue your neighbour, you will not be sitting in Court next to a person accused of murder in awaiting your turn. This is done for ease of dealing with all matters accurately, most especially since the burden of proof in a criminal matter is different from that in civil matters – simply put, criminal matters and civil matters work differently. It follows that these different matters should not be mixed.

The civil court buildings and the legislation and structures that govern this department, is naturally tended to by the state. If one were to investigate the working of these structures and the persons in charge thereof, it would make sense to begin at the legislation governing these institutions. It is essential to understand that our courts are divided into different courts based on rank, or otherwise put that it follows a hierarchy. This article  sets out the South African Courts from the highest, being the Constitutional Court, to the lowest ranking Courts, being Small Claims Courts. The hierarchy of the Courts dictates in certain circumstances which Court the public may approach for any specific matter to be adjudicated. The general rule of thumb is that most matters will commence in the Magistrate’s or High Court, depending on the matter and possible monetary claim amount, and that the higher Courts may be approached only under certain circumstances such as appeal or constitutional matters.

Our courts are all governed by legislation such as the Superior Courts Act, the Magistrate’s Court Act or the Constitution. These acts set out the basic working of the courts and also some finer details regarding the Court’s processes. These acts are all well-drafted and comprehensive; they provide a thorough and robust framework for the justice system to operate.

So, where does it all go wrong?

The courts are desperately and completely overburdened by paperwork and caseload, and files/ documents are misplaced and go missing on a daily basis. The courts are further under-staffed for the loads that they are expected to carry, and it is simply a case of too much work for too few hands to handle.

To exacerbate problems, the courts are notoriously archaic in their methods of dealing with paperwork, in that the majority of courts still rely on a physical paper file being held by an office within its building. These paper files are accessible to the public at large on request, and therefore it follows that they quite often go missing in the process of uplifting and refiling. Documents required to be present in the files are physically filed at court and the court personnel are required to place such physical document in the said appropriate file. When dealing with a load of files in the millions, this is simply unworkable, and it seems obvious that files and documents will go missing without much negligence being involved.

In amplification of these issues, most courts do not rely on any form of electronic filing system in which all files and documents are captured. You cannot for example to go the Magistrate’s Court and punch a case number into a system and receive notification of what matter it is, nor see any documents filed in such matter. All case files are literally just paper-based and if a file does go missing – which so very often happens – this will only be realized by the attorney or litigant dealing with that matter when the file is again required.

One light at the end of the very dark tunnel is that the Johannesburg and Pretoria High Courts have started migrating their file load to an online platform referred to as Caselines. This system stores all case files electronically and is accessible to anyone who subscribes. The user is then invited to any specific case and has access to the full Court file at the push of a button. These Courts have done away with the requirement of filing a physical copy of any document at the Court building itself and relies solely on the electronic case files.

This is a major step in the right direction and will most definitely make massive progress in the above issues, most especially once all Courts start making use of this available technology.

Many legal practitioners have now taken to favouring alternative dispute resolution mechanisms such as mediation rather than traditional litigation. In fact, even the Rules of Court make it mandatory for litigants to consider mediation – seemingly to alleviate the caseloads of the Courts. Unfortunately, there are some cases that are simply too contentious to be mediated, and many of these get stuck in the quagmire for many years before getting their day in court.

In summary, is the justice system broken?

Perhaps not so much broken as completely overburdened. Our system is founded on sound principles and legislation. Our buildings are sufficient and for the most part in good upkeep. It is however high time that that the necessary departments perform an overhaul to allow for the volume of work and matters that our courts are facing and to ensure that adequate measures and staff are implemented to deal with the caseload.

What is necessary, however, is to realize that you will need to rely on a legal practitioner to help you navigate the treacherous landscape of our courts and to ensure that unnecessary delays do not creep in on top of the inevitable delays caused by our system’s shortcomings and limitations.