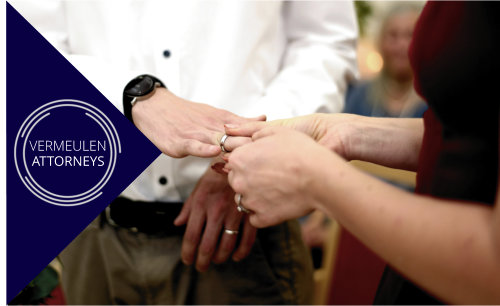 “Hi, my name is Refiloe.  My partner is in the process of paying lobola for me, but we only intend to have our wedding next year. Once the lobola ceremony is complete we will have a small traditional wedding. Can we enter into an ante-nuptial contract thereafter or must we do it now before lobola has been paid?”

First Thing Is First – What is traditional marriage?

A traditional marriage or legally termed “customary marriage” is a marriage concluded in terms of native laws and customs of a particular ethnic group in South Africa. These marriages are recognised and regulated by the Recognition of Customary Marriages Act (“the Act”).

In 1998, the Supreme Court of Appeal (“the SCA”) in Mabhena v Letsoalo, ruled that a customary marriage would be considered valid if there was an agreement between the families, lobola negotiations were held, and the bride was handed over to the groom’s family.

In Mkabe v Minister of Home Affairs and others 2016 ZAGPPHC 460, the court accepted that customary law has evolved to such an extent that the full payment of lobola cannot be an essential requirement.

The latest decision is recorded in Mbungela and Another v Mkabi and Others [2019] ZASCA 134, SCA. In this case, the SCA was tasked with determining whether full payment of lobola and delivery of the bride were essential elements of concluding a customary marriage. After extensive debate, the court ruled that each of these practices were indeed important but not to the extent that, when viewed in isolation, they should be accepted as a determinant of a customary marriage.

Lastly, it is important to note that spouses married in accordance with customary law are thus married in community of property.

What is an Ante-Nuptial contract?

When to conclude an Ante-Nuptial contract?

Considering the above, it is evident that once a marriage has been negotiated, entered, and celebrated, the spouses are for all intents and purposes deemed to be married. Therefore, if the parties to be married customarily, intend to enter into an ante-nuptial contract, this must be done prior to the lobola negotiations irrespective of when and how the parties intend to celebrate their union.

However, should the parties already be married, it is still possible to change their marital property regime by registering a post-nuptial contract. This contract must be preceded by a High Court application, which is by comparison, more expensive than having an ante-nuptial contract right from the start.

Should you require more information on ante-nuptial contracts and matrimoniall property regimes, contact our offices to schedule a consultation.